pecifically constructed to assist those learning the game of golf or wishing to try the game for the first time.

Just starting out & want to improve your short game? Need another 10 yds off the tee? Book a lesson with our PGA Pros and see the difference. Individual lessons start from £20 for 30 mins / £40 for 1 hr or save £s when you book a course of 6 lessons.

Academy membership is available at just £10.00 per month which provides unlimited use of the Academy Course. 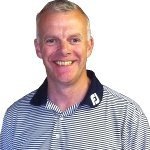 Andrew has been the Club Professional at Kingsdown GC since 1993. After qualifying as a PGA member at Cotswold Hills GC in 1978, he became an assistant at the world famous Royal Birkdale GC in Southport. During his time there he qualified for and played in the Open Championship in 1983 along with gaining full playing rights on the European Tour for both 1983 and 1984 after two successful trips to the qualifying school. Andrew's list of success also includes eleven assorted Professional competition wins including four course records. Since joining Kingsdown, Andrew has concentrated on delivering a first class teaching service with pupils ranging from raw beginners to county standard amateur players and fellow professionals along with a Professional Shop that is widely regarded as one of the most competitive in the area offering all the traditional services along with the very best equipment and advice.
Book a Lesson Book a Fitting 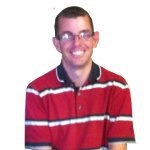 Michael has been the Assistant Professional at Kingsdown GC since 2008. Michael was once a Junior member at Bath GC where he was he achieved the notable double of Club Champion and Junior Club Champion Michael qualified as an full PGA member in 2006. As a professional Michael has recorded two wins the most recent of which came at West Wilts GC in the Winter Series of events where Michael enjoyed a four-shot winning margin courtesy of his outstanding 66. Michael's enthusiasm for coaching has allowed him to build and excellent reputation for teaching players of all ages and abilities.
Book a Lesson Book a Fitting

Whilst we investigate, please read our page on the email whitelisting and ensure you've added me to your Safe Senders list